Glaucoma is a term for a group of eye disorders which result in damage to the optic nerve. This is most often due to increased pressure in the eye. The disorders can be roughly divided into two main categories: “open-angle” and “closed-angle” (or “angle closure”) glaucoma. Open-angle chronic glaucoma is painless, tends to develop slowly over time and often has no symptoms until the disease has progressed significantly. It is treated with either glaucoma medication to lower the pressure, or with various pressure-reducing glaucoma surgeries.

Glaucoma has been called the “silent thief of sight” because the loss of vision often occurs gradually over a long period of time, and symptoms only occur when the disease is quite advanced. Worldwide, glaucoma is the second-leading cause of blindness after cataracts. 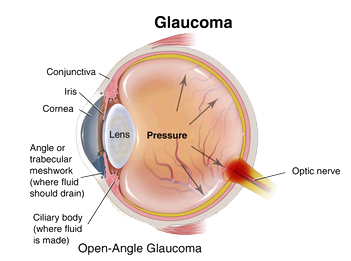 Ready to Visit? Make an Appointment